When we talk about exits, generally, we speak about a liquidity event where the founder(s) of the company, employees, as well as investors, can realize the gains attributable from the value the company has created. In venture, this happens in a variety of ways. 1. The company has an IPO 2. the company gets bought by another company for cash and/or stock & 3. through M&A with another company that has liquid assets in the form of public shares. In South Africa, the biggest exits of a venture-backed startup outside those ‘incubated’ by a corporate backer have almost always come from an acquisition & most have had a global presence. 3 examples:

These are gigantic exits by African standards & just a few examples of startups founded in South Africa & exited to larger global companies. All 3 have 1 thing in common: solving global problems.

What does solving global problems mean? aren’t all problems inherently global? I mean, what are the chances that someone in Kigali has the same problem as someone in Jakarta who has the same problem as someone in Melbourne, Australia? Well, I don’t know the answer to that but I do believe that every problem that exists in the world somehow belongs in Maslow’s Hierarchy of Needs. The only thing that differs is the nature of the problem.

This goes for businesses as well. Let’s take our 3 examples from above & try & pattern match the problem they were solving with a need in the pyramid.

Thwate, as certificate authority that issues digital certificates which are used as a proxy for public-key identification, was solving for security & safety of the internet.

Fundamo, a platform provider of mobile financial services, was solving for security & self-actualization by providing the infrastructure that allowed companies to offer mobile financial services to the unbanked population. Money being at the centre of it, the absence of it compounds the problem for every other need. Fundamo was, in essence, solving a convoluted problem; financial inclusion.

Getsmarter, as an education platform was, & still is, solving for self-actualization through education.

So I want to pattern match the problems other startups are trying to solve with a global need that allows them to be globally relevant.

Food security is a global problem. A third of the world’s food production is lost along the value chain. The percentage of food loss differs by region but in emerging markets, about a third is lost in production & over two-thirds when food is in transit. In developed countries, the majority of food loss happens at the consumption stage.

What does this mean? It means food security in developing countries is a big but fixable problem. Food wastage in developed countries is just bad human behaviour.

So back in 2014, two engineers, James Paterson & Benji Meltzer were observing a trend. The price to manufacture drones was decreasing while the technology & applications around drone usage were increasing. James & Benji are undoubtedly very smart guys, & decided to combine their skills to first build & sell drones.

After a few months of building & selling drones, they realized it was too time-consuming building drones by hand & needed a better & more scalable application for the technology. Benji by then was working part-time after taking a job at Uber SA. James realized he could use drones & computer vision to detect the health of his father’s orchards. Benji rejoined the company fulltime & the pair worked on turning Aerobotics into a Computer Vision AI company focused on Orchard Farming.

By focusing on orchards they found a big problem they could tackle; maximising output for fruit. Yes, most food wastage happens in crop farming but this is a good focus for Aerobotics. Their technology can expand into other areas of farming.

By 2016 James & Benji had refined their value proposition & began to scale Aerobotics. The company focuses on 4 problems:

Using Computer Vision & AI, Aerobotics can help farmers manage their orchards by identifying problems early as well as estimate the yield of each orchard. This makes what they are doing globally relevant. With the data they are collecting, Aerobotics will almost certainly move into other avenues such as insurance.

Today Aerobotics has a presence in 18 countries having recently raised R100 million ($5.6 million) from Naspers. In total, they have raised $10.3 million for their global endeavours. The most notable countries being South Africa, Portugal, The USA, Australia & Mexico.

Another startup tackling a big problem is RapidDeploy. Walk with me for a second, have you ever had to make that dreadful call for an emergency response? in South Africa the police response number is 10 111 & the ambulance response number is 10 177. The moment you need to dial an emergency response number you probably never think of how it actually works. To be honest you probably don’t even care. What you do care about is how fast the response is — in most cases, it’s a matter of life and death, which in itself is dreadful.

Computer-Aided Dispatch (CAD) has been around since the 1960s, in fact in 1968 the Federal Communications Commission asked the American telecommunications company, AT&T, to create a universal response number — this was called the 911 system. With the 911 system being the bedrock of the Public Safety Answering Point (PSAP) meant that there were increased calls for emergency requests for assistance & therefore a more computerized system to help the call centre was needed. The CAD system was introduced as a way to help monitor large fleets of police cars, as well as to dispatch officers in situations where citizens request for assistance.

In most countries, the relationship between the public & public safety officers is highly contentious, because, in most situations, the emergency request for assistance is a matter of life and death — no more contentious than African-Americans & the American Police.

RapidDeploy was founded in 2014 by Brett Meyerowitz & Steven Raucher to move the CAD system to the cloud & further revamp 911 dispatch. In doing so, RapidDeploy created 3 products:

RapidDeploy has a presence in 6 American states; California, Kansas, Maryland, Florida & Minnesota, with US headquarters in Austin, Texas. The company has partnerships with the likes of Microsoft & backing from Samsung. Over the last couple of months, RapidDeploy has been rolling out their technology that helps with situational awareness in Baltimore city, Manatee county & statewide in California & Kansas.

With the nation-wide protest of the BlackLivesMatter movement, we can only hope that RapidDeploy is creating technology that does not disenfranchise African-Americans & really does help with situational awareness.

Back here at home. Gender-Based Violence requires a state of emergency, how can such technologies help ensure the safety of women & children from the perils caused by men?

GovTech requires an alignment of interest between government & business. What better interest is there than the safety & security of all?

Well, we don’t quite have a dating app like Tinder or a community-based social media like Reddit. We had Mxit, I’m sure that counts for something, right?

Mxit had 42 million users at its peak.

We don’t have Mxit anymore & social media is dominated by Facebook & its family of apps.

What we do have now is remote working & the need to be connected to colleagues.

Room.sh is new on the block. A collaboration & communication platform for meetings. Room.sh is a startup created out of Skillup, a marketplace for tutors. The founder describes it as “a combination of Zoom & Google docs”

The Room.sh tool was initially created to serve the market of tutors & students on the SkillUp platform but adoption outside that context necessitated a spin-out & reposition towards a global customer base. This is evident in the pricing strategies:

Room.sh is getting comparisons to the likes of Zoom, which puts the start-up in a very good comparative position & the chance to scale globally. Wouldn’t that be interesting?

This one was difficult. Esteem Needs are complex. What is more of a self-esteem booster than the privilege of getting your favourite celebrity to send you a personal video message? Well, there are probably more things, but the concept was popularized at scale by an American startup called Cameo.

Basically, MyFanPark is a marketplace for video messages done by celebrities. MyFanPark, founded in 2019 has quickly expanded to Nigeria, India & Germany. Platforms like MyFanPark & Cameo have been on the rise but it is quite evident that to make it work, each platform will need a global presence & talent density to attract paying customers.

This last one is not necessarily a South African startup. It was founded in London but the company has a presence in South Africa & a part of the team is based in Cape Town.

Prodigy Finance was founded in 2007 by Cameron Stevens, a South African living in London. This was not Cameron’s first foray into entrepreneurship, he first started a staffing company while at the University of Cape Town. Having moved to Malaysia in 2000, Cameron got interested in the crowdfunding model. Stemming from his 1998 undergraduate thesis on the direct public offering, a stock-listing method that would be popularized in another way by Spotify almost 10 years later. Cameron & his colleagues tried to build an equity crowdfunding platform during the heyday of the dotcom boom to no avail.

Post-that, Cameron had decided to do his MBA at INSEAD in Singapore. He found it quite difficult to get funding for his education & being an inquisitive entrepreneur, decided to investigate if others like him had the same struggle. It turns out that most MBA students have the same struggles with education funding as undergraduate students even though with some level of accomplishments, their earnings potential is far greater than an undergraduate student, therefore a lower risk.

Cameron with his knowledge of crowdfunding & His co-founders decided to create Prodigy,  a peer-to-peer lender for financing postgraduate education students, particularly MBA students at top-tier universities.

“Talent is evenly distributed, opportunity is not” – Leilah Janah

How Prodigy Finance works for the Student:

Step 1: Register and get your quote.

The innovation came in the business model; how interest is calculated & the peer-to-peer lending model.

Prodigy uses a Future Earnings Potential model; the net present value of the future cash flow of a student’s earnings. & then calculates the monthly repayment rate the student will pay post their studies.

The company has gone on to fund over 20 000 students in 115 countries & has raised over $1.3 billion in equity & debt since its founding.

I might have stretched myself in my endeavour to pattern match. I’m not sure if it quite landed the way I intended it to. For starters, this is not the correct application of pattern matching & tying all world problems based on the needs of individuals? I don’t know, that might be a stretch 😂 but this was fun. 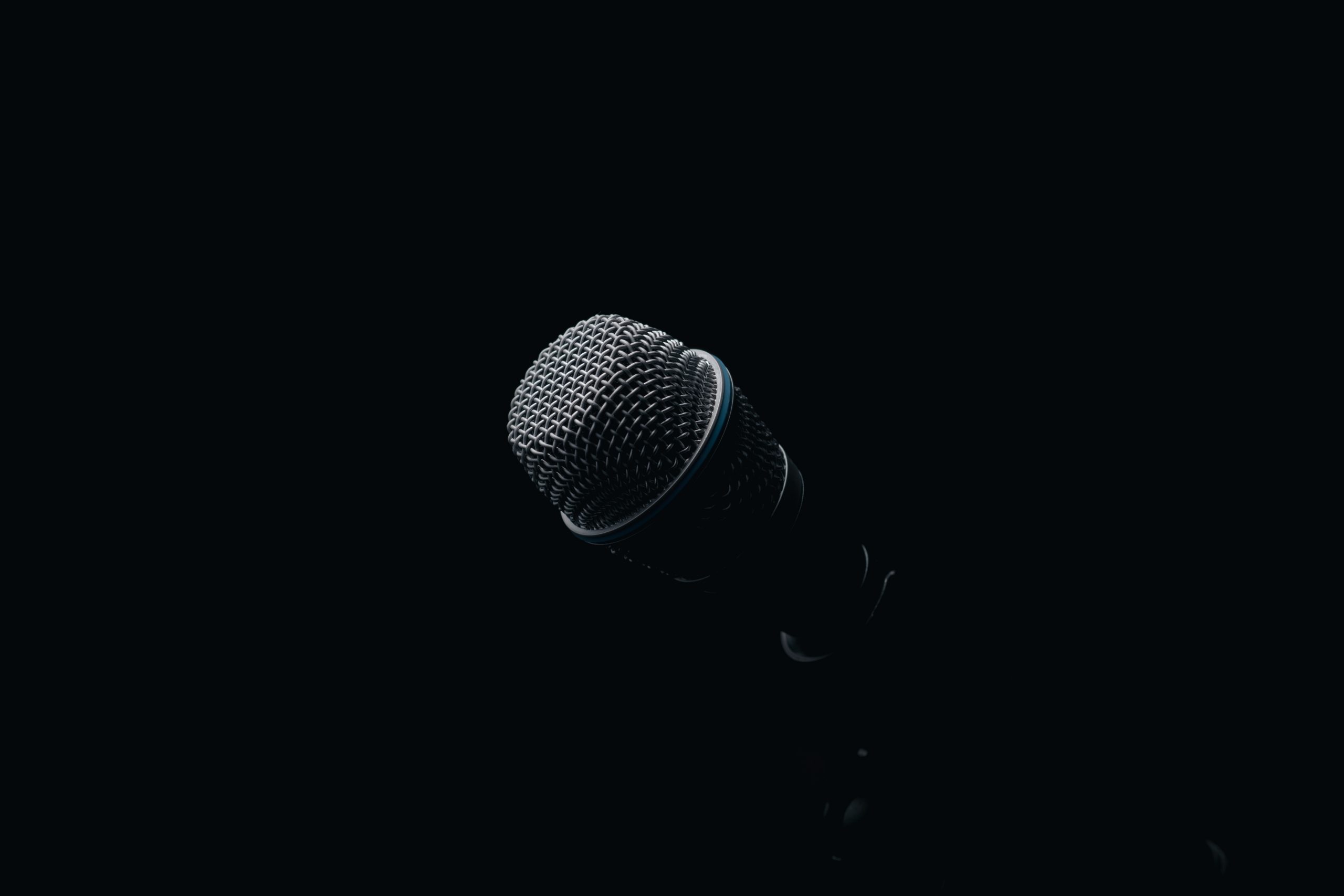 A Microphone Guide For Beginners