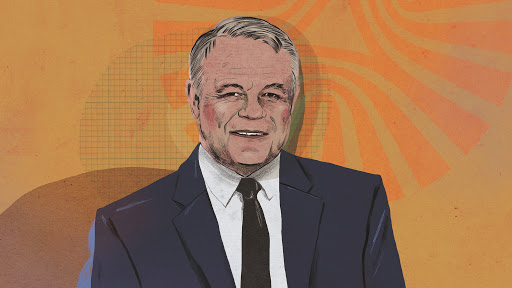 I enjoy telling stories, trying to understand the history of how companies came about because every large company was once only an idea. If it’s fine with you I would like to tell a short story about The Original Technologist: Jacobus Petrus “Koos” Bekker & then we can go into the history of M-NET & other moves he made … cool?

Jacobus Petrus Bekker, better known by his nickname; Koos, was born on the 14th December 1954 in a small town of Potchefstroom in the North West. He grew up on a farm, went to a local school & after high school he went on to do his undergraduate degree in law & honours in literature at Stellenbosch University & a post-graduate LLB at Wits University.

In the early 1980s, Koos moved to New York City to work in the Advertising industry for some time. In 1983 he enrolled for his MBA at Columbia Business School, during his time there Koos Bekker noticed a phenomenon in pay-TV. 10 years earlier in 1972 HBO was created, Koos became fascinated with HBO & pay-TV. Content consumption on television sets happened on what Americans call cable-TV, which uses analogue signals to transmit video feed on a screen. The phenomenon Koos was observing with pay-TV was how it was delivered via microwave antenna for Direct-To-Home satellite transmission rather than analogue cables.

The thing Koos saw was the business model of Pay-TV. Most multi-channel cable-TV offerings relied mostly on advertising revenue & the only way for them to grow was to increase advertising on-screen. Pay-TV’s business model is to charge the individual consumer a monthly-subscription fee. By anticipating growth in paid consumers the PayTV provider can further invest in content which drives more consumers which increases revenues to invest in more content; does that ring a bell? (Netflix).

In 1984 Koos Bekker handed in his MBA thesis for the HBO of South Africa. Koos also faxed a copy to Naspers CEO at the time; Ton Vosloo. With funding secured for what was to become M-NET, Koos enlisted 2 of his friends Cobus Stofberg & Jac van der Merwe to help him & in 1985 the building of M-NET’s head office in Randburg began.

M-NET launches on October 1986 with 12 hours of programming & rights to the Currie Cup — instant hit amongst the Afrikaans community, mind you it was still Apartheid, black people were still heavily oppressed, the country was just out of a state of emergency, a year prior, PW Botha made his Rubicon speech. Absolutely horrific times. By September of 1987, M-NET decoders were in 50 000 homes.

By March 1988, a whopping 100 000 homes — M-NET was a hit. Due to the business model of Pay-TV M-NET could further invest in content thus creating Carte Blanche, an investigative journalism show that still airs on M-NET today.

At the start of the new decade, M-NET lists on the JSE for R1 a share with hit channels such as SuperSport & KTV. In 1992 they enter the scripted television market of soap opera with a show called Egoli: Plek van Goud — content heaven for the Afrikaans community.

1994, South Africa is now a Democratic country, Koos Bekker — a wealthy man jumps into his second endeavour as one of the founding directors of M-Cell (now MTN). Telkom was the dominant telecom provider with 4 million landlines, Vodacom was also created around the same time. The bet was the proliferation of cellphones, Naspers & Koos Bekker wanted a slice of the cake.

The MTN Group was created, M-Cell held a 25% stake in MTN & 60% stake in M-Tel. M-Cell was then listed on the JSE in 1995 & began to expand internationally, first in the SADC region, then East Africa & the Middle East & then Nigeria in 2002. By that time Koos had stepped down from MTN to focus on his new Job — CEO of Naspers.

Naspers & The Economy of Tencent

As CEO on Naspers Koos did not take a salary for 15 years. Remember he was a very rich man from the creation of M-NET & MTN. Instead, Koos was paid in Naspers shares. Koos was, & still is a technologist at heart, always looking for the next big thing. As CEO of Naspers, he felt as though he was lucky to miss the dot com bust but saw the potential of the internet economy. In 2001 Naspers invested $32 million in a company called Tencent for a 46.5% stake.

In hindsight, Koos believes the Tencent investment was pure luck but Naspers hit the jackpot. Moving from the television to the internet was deemed a natural progression by Koos & his lieutenant Mark Surour. Koos saw how big & important instant messaging was in the 1990s because of his time at MTN & Mark Surour, who was in Hong Kong at the time, saw the rapid increase in mobile device usage in China & they believed this little start-up, Tencent, was on to something with its instant messaging service called QQ.

Tencent would list on the HongKong stock exchange in 2004 but it would take another decade for Tencent to become what it is today. Naspers has since spun out its investment in Tencent into another listed entity called Prosus. They still hold a 30% stake of Tencent, which is valued at over $160 billion.

Koos, created a Pay-TV empire, built a Telecommunications company & turned an Apartheid artefact into one of the biggest investment companies in the World — A Technologist. 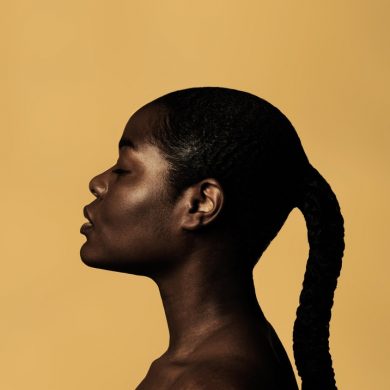 The Ultimate Toolkit For Marketing Anything